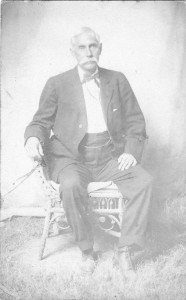 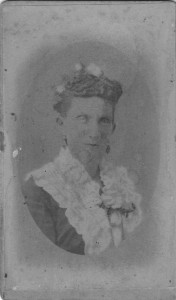 The history of the Drexler family in Mississippi and Louisiana includes life stories typical of the times. Thomas Drexler (the father) came from Germany, probably as part of the German immigration through New Orleans and north along the Mississippi River. He settled in Rocky Springs, Claiborne County, Mississippi. The mother, ___ Myers, was born in Tennessee and probably moved south along the Natchez Trace, also to Rocky Springs. They both died there. They had five children: Henry Clay, Olive, Mary, Thomas Edwin, and Tennessee Elizabeth.

Meanwhile, Thomas Drexler’s younger sister, Tennessee (“Tennie”) Elizabeth Drexler (1856-1887), married another native of Rocky Springs, Columbus Homer Foster (1855-1947). They had five daughters: Alice, Inez, Evaline, Elizabeth, and Eula Benton. When Tennie Foster died at age thirty-one in 1887, the children were taken in by other family members. Her brother Thomas and his wife Lucy agreed to raise Eula Benton Foster, only four years old at the time. To her they became “Uncle Tom” and “Aunt Lucy.” They lived in the Drexler home, Fairview, near Winnsboro. Eula Foster later married John Warren Trezevant, also of Franklin Parish.

Lucy Hudson Drexler pre-deceased her husband. She and her family belonged to the Winnsboro Methodist Church. The Rev. H. W. Ricky performed the burial rites in the Oakley cemetery at Oakley.

Thomas Edwin Drexler died nine years later. He was a prominent and wealthy citizen and was president of the Winnsboro State Bank. Since he had no children of his own, his estate was divided evenly among his nine nephews and nieces. These included the eight children of his only brother, Henry Clay Drexler, and their first cousin Eula Foster Trezevant. Her husband Warren was one of the pallbearers. The services were conducted at the Drexler home by Rev. D. C. Barr of Oak Ridge, with burial in the Oakley cemetery near Gilbert. 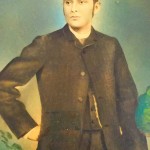 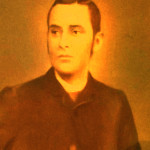 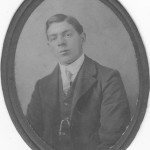 Davis, William C. A Way Through the Wilderness: The Natchez Trace and the Civilization of the Southern Frontier. New York, NY: Harper Collins, 1995.