NOTE: This biographical sketch was researched and compiled by a direct descendant of Rev. Gervais, John Weyburn Gervais (b. 1944) and his wife Jane Beers Gervais (b. 1944), utilizing the resources of the South Carolina Historical Society and professional researcher Brittany Lavelle. He also had Old Gervais Wills. a private family history typescript, 1975, by Malcolm Beach.

1798 August 18. When Paul Gervais was thirteen, his father died.

1807 November 25. At age twenty-two, Gervais was ordained a Deacon to the Sacred Ministry by Bishop Benjamin Moore in New York.

1809 August 4. He was ordained a priest at Trinity Church in New York. The preceding Sunday he gave the sermon in St. Paul’s Chapel. The couple returned to Charleston.

1810 According to the Charleston Courier in the summer of 1810, Rev. Gervais led a “Divine Service” at St. Michael’s Church for the 34th anniversary of the “memorable defeat of the British fleet off Fort Moultrie…which procured for America Independence and Peace, and gave her a place among the nations of the world.”

1816 December 30. Martha Jenkins Gervais died of dropsy at age twenty-nine. She was buried in St. Philip’s Cemetery, Charleston, following her funeral at the family home.

1817 At age thirty-two, Rev. Gervais was elected rector of St. John’s Church on Johns Island. “The people of this Parish had been without a house of worship for many years. But by his kindly influence he induced them to erect the Church of St. John’s and became the Instrument under God of gathering many of the scattered Parishioners into the fold of Christ” (A Historical Account of The Protestant Episcopal Church in South Carolina, 1820-1957).

1819 At age thirty-four, for health reasons, Rev. Gervais could no longer serve as rector of St. John’s Church. “This distinguished clergyman lived on the island until his death in 1856, except 1840-41 when he resided in Charleston. He served on the Standing Committee, was elected deputy to the General Convention, and held many other posts of honor and leadership in the church, including that of president of the Convention after Bishop Dehon’s death. Though never regularly rector of St. John’s after the three years, he often assisted or supplied vacancies to the last, and served on the vestry, acting as secretary and treasurer. His ministry was handicapped by a pulmonic disease”  (A Historical Account of The Protestant Episcopal Church in South Carolina, 1820-1957, p. 338).

1820 By this time, Rev. Gervais maintained a plantation on the south side of the Stono River on John’s Island, which he maintained until his death (Charleston Courier, January 15, 1852, Charleston County Register of Mesne Conveyance, Cross Index, 1800- 1881).

1822 February 1. According to a document in the file of the South Carolina Historical Society, Rev. Gervais entered into an agreement with his brother-in-law, Robert James Turnbull, regarding  an exchange of plantations on John’s Island. Robert Turnbull was married to Paul Gervais’ older sister, Claudia Butler Gervais (1774-1827).

1822 Rev. Gervais served on the admissions committee to Rev. Mr. Gilbert’s “classical academy in a central part of the city” (Charleston Courier, December 24, 1822).

1830 According to the U.S. Census, Gervais was living on John’s Island with several children and a woman between the ages of 30 and 40, which could mean that Gervais remarried as early as 1830 (U.S. Census, 1830). His fourth wife, Harriet Loundes Thayer, was born in 1796, and the couple had no additional children. She may have been related to Gervais’ second wife, Claudia G. Thayer.

1831-1835 Rev. Gervais purchased a home at 29 Legare Street, a property now known as the Rev. Paul Trapier Gervais House. The Historical Marker on the house states: “This notable three and one half story single house is situated on lot number 233 of the Grand Modell as granted by the Lords Proprietors in 1694. This remains one of the largest residential lots in the city. The present house was built by the Reverend Gervais on the foundation of an earlier brick dwelling.  The earlier dwelling was constructed circa 1760 by Benjamin Yarnold, one of America’s earliest composers. The Reverend Gervais was for many years the rector of St. John’s Episcopal Church on Johns Island. In 1851 Gervais published a pamphlet opposing secession, and in 1854 he published three volumes of sermons. The novelist Josephine Pinckney, author of Three O’clock Dinner, was born here in 1895. The property was also the original location of the Gaud School for Boys, which operated from 1906 to 1918 in a two story brick building in the back yard.”

1839 January 31. Rev. Gervais auctioned the plantation known as Saxby on John’s Island at the Old Exchange Building. The plantation, a bounded on the east and north by the Stono River, was 695 acres with 20 acres of marsh. At the time of sale, the plantation was “in a high state of cultivation, having produced one of the best crops on the Island the past unfavorable season.” It had a dwelling house, kitchen, stables and “all buildings necessary to a Cotton Plantation, the negro houses having brick chimneys” (Charleston Courier, January 24, 1839).

1840 The Gervais family left their John’s Island home to move permanently to the Charleston location.

1848 Similar to his role for Mr. Gilbert’s classical academy, Gervais served on the hiring committee for the College of Charleston (Charleston Courier, May 20, 1848).

1851-1856 Rev. Gervais served as Vice President of the Protestant Episcopal Society for the Advancement of Christianity in South Carolina (Charleston Mercury, February 14, 1856).

1856 July 28.  At the age of 71 years, 3 months, 15 days Rev. Gervais died at St. John’s and was buried in St. Philip’s Cemetery, Charleston. His extensive property holdings were distributed among his surviving children and grandchildren.

1856 August 1. According to the will of Rev. Gervais, his eldest son John Lewis Gervais (son by Martha Jenkins Gervais) received Laurels Plantation and a large boat Marion. His son Paul T. Gervais, Jr. (son by Sarah Wainwright Gervais) received Exchange Plantation and Negroes, a small boat Pushpin and a large boat Necessity. His oldest daughter, Mary Margaret Robinson, received the house and lot at 29 Legare St., Charleston. His three living daughters and the children of a deceased fourth daughter received the monies from the sale of the Negroes at Laurels.

1860 Information in the book A Place Called St. John’s: The Story of John’s, Edisto, Wadmalaw, Kiawah, and Seabrook Islands of South Carolina by Laylon Wayne Jordan and Elizabeth H. Stringfellow, 1998, includes the following: “Plantations on John’s Island, 1860.” Values are in 1860 dollars.

“A complete state census, by parish, achieved in 1850 offers a numerical sketch of the islands as the antebellum period moved to a close. The marshals found 137 white households—down from 1790—headed by eighty-seven planters, twelve plantation overseers, and diverse others:  for the first time a substantial minority of the population was not agricultural: among the farms and plantations were scattered 16 physicians, three blacksmiths, three clerks, seven carpenters, five storekeepers, two laborers, and even two seamen. Black bondsmen numbered 10,332, seventy-five for each white household” (p. 106). 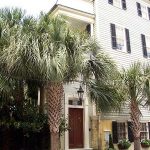 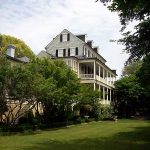 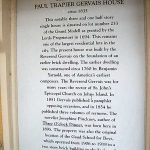 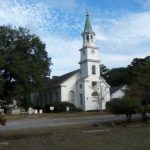