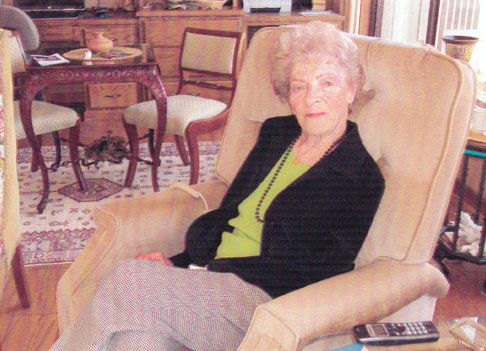 Dorothy Ruth Phillips was born on 8 Nov. 8, 1913, on the remains of the family plantation south of Delhi, LA. She was the daughter of Rufus and Theresa Andrews Phillips. While Dorothy was a small child, her mother and older brother, Eldridge, died. Her father soon remarried.

During this time she also developed polio. She was raised near Delhi by her maternal grandmother, “Nanny” Andrews, Theresa’s mother. The Andrews place was on the Bayou Macon in Richland Parish, and Dorothy remembered the steamboats landing there. Dorothy’s aunt, Ruth Andrews Poulan, and uncle, Clint Andrews, also lived on the place as adults. Their niece Dorothy graduated from high school in Delhi in 1931. As she was growing up, her father had discouraged her from going to college or getting married because she was “crippled.” But Dorothy persisted, and with the support of her aunt Ruth, she graduated with honors from Louisiana Tech in Ruston in 1935.

In 1936, she began teaching high school English in Start, LA. She met and married S. T. (Stanley Turner) Bradley in 1939. He was born in Crowville in Franklin Parish. They moved to Kelly, LA., so that S.T. could work in the oil fields. While there, she taught high school English and Spanish until they moved back to Delhi in the early 1940s. They built a home in Delhi and had two children, Diane Bradley and Sam Bradley.

S.T. Bradley died unexpectedly in 1958, leaving the 45-year-old Dorothy a widow with two children. Between 1958 and 1967 she got her masters degree in education from Mississippi College and taught sixth grade at Delhi elementary school, leaving when her daughter graduated from the high school. In 1968, she went full-time to the University of Mississippi, receiving her doctorate in guidance counseling at age 55. She took a position as an associate professor at the University of Memphis, teaching guidance counseling in the department of education. During her stay there, she sued the University of Memphis for age and sex discrimination and won. A class action suit followed, and all of the female teachers at the University received a raise. Dorothy stayed in Memphis until her retirement in the early 1980s. During her stint in Memphis she continued to maintain her home in Delhi.

Upon returning permanently to Delhi, Dorothy began her civic involvement. She became a local historian, publishing in the Delhi Dispatch. In 2001 and 2009 she served on the editorial staff for the two-volume book Richland Memories, published by the original Rhymes Library in Rayville.

In 2009 she was also the principal author for the book Delhi/Deerfield: History, Legends, and Lore, published by the Delhi Garden Club, which dedicated the book to her. She served as president of the Garden Club and received the Yard of the Year award so many times that they had to stop giving it to her so that someone else could win. Dorothy was instrumental in starting the Delhi City Beautification Committee. She was active in the preservation of the Miles-Hannah House and oversaw the restoration of the Masonic Cemetery. At one time, she even served as Delhi’s zoning commissioner. Among her many awards from the city of Delhi were the Key to the City and the Woman of the Year.

Dorothy Ruth Phillips Bradley died at age of 97 at the Richland Parish Hospital in Delhi on March 28, 2011. She is buried in the Masonic cemetery in Delhi.

Compiled by Bob Trezevant with information from Diane Bradley.